It would be very remiss of one to think that Latin America is a single uniform entity despite its individual countries often being subsumed under one collective geographical term. The region should be fondly appreciated for its cross-cultural melange of Pre-Columbian, colonial and modern influences, rich heritage and ethnic diversity. And indeed, it is precisely this unique heterogeneity, its vast territory, abundant natural resources and great development potential which underpin the dynamic trade relationship between China and Latin America that has really taken off over the past decade and a half.

China is not interested in having a short-term fling; rather, she is in this long-distance friendship for the long haul and is eager to get even more pally with Latin America. In 2008, the Chinese government set out its first ever policy paper on Latin America and the Caribbean region, providing a blueprint for a long-term economic and strategic partnership based on the Five Principles of Peaceful Coexistence. The paper delineates fourteen areas of cooperation in the political, economic, social and cultural fields, and in security and judicial affairs. President Xi Jinping’s latest trip to Latin America in November 2016—his third visit since 2013—exemplifies China’s commitment to strengthening bilateral ties. China is now signatory to a string of new trade agreements, including to double bilateral trade to $500bn within 10 years and to increase the total stock of investment between both parties from $85bn-100bn to $250bn. It is more clear than ever that China is moving unswervingly along the path of closer cooperation with Latin America.

“Eruption” of Trade between China and Latin America

Words such as “erupted” and “exploded” are often used to characterise the dramatic change in trade between China and Latin America since the turn of the millennium—and correctly so. With trade having increased exponentially by a staggering 2,000% since 2000 owing in large measure to the bilateral free trade agreements with Chile (since 2006), Costa Rica (since 2011) and Peru (since 2011), China has been catapulted to being the second or third largest trading partner of most countries in the region. According to the IMF, Argentina, Brazil, Chile, Colombia, Ecuador, Mexico and Peru—the economically largest countries in Latin America—exported nearly $90bn to China and imported close to $160bn. The main export categories, accounting for three quarters of the region’s exports to China, are iron ore, copper, oil and soybeans. Between 2000 and 2013, Latin American exports to China increased twenty-five fold to the tune of $100bn.

The enshrining of the yuan as an international currency especially after its admittance into IMF’s select basket of Special Drawing Rights will also likely strengthen economic linkages between China and Latin America further. Since the global economic crisis in 2008, the yuan has garnered increasing importance in Latin America; in particular, bilateral swap arrangements amounting to more than 280bn RMB are already in place between Argentina Brazil and Chile. Other countries may choose to follow suit in the near future.

New Opportunities in a New Era

In the wake of the commodity boom drawing to a close, China has ushered in a new era of trade relations with Latin America in line with its own new growth model based on innovation and domestic consumption, which is manifested in the rise of spending on research and development and infrastructure—including in Latin America. From 2005 to 2014, 70% of Chinese economic engagement with the region in the form of loans went into infrastructure and energy. In September 2016, the State Grid Corporation of China took a 23.6% stake in CPFL, the third largest Brazilian electric utility company, for $1.8bn. China’s policy banks have become the biggest public creditors to Latin American governments with finance to the region rising from $3.8bn in 2012 to $12.9bn in 2013 and $22.1bn in 2014. The finance provided by China eclipses that provided by the World Bank and the Inter-American Development Bank altogether.

New opportunities are already looming on the horizon for Latin American firms to provide a wider range of goods and services, as China is pursuing a more sustainable, consumption-driven development path in the long-term.

In view of Latin America’s and Spain’s increasing trade with China, we have the Latin Department (Latin American and Spanish business advisory desk) exclusively for Spanish and Portuguese-speaking clients.

Having a sophisticated team of managers and advisors, we are confident of providing industry-leading advisory services, offering flexible, timely, localised services to address the needs of clients from Latin American and Hispanic countries. Progressively, we have been part of the compelling growth of economic and diplomatic relations between China, Latin American countries and Spain to deliver “all-inclusive” services, including a pioneering website in Spanish and Portuguese.

CW’s Extensive Network Across the Globe 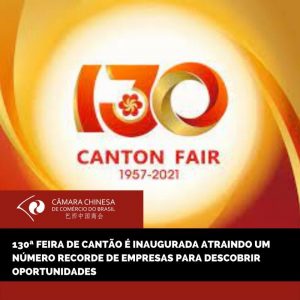 The China Import and Export Fair, also known as the Canton Fair, started in 1957, is held biannually in Guangzhou, China. The event is organized by the China Foreign Trade Center, sponsored by the Ministry of Commerce of the PRC and the People’s Government of Guangdong Province.

The Launch of Our Virtual Colombian Pavilion

Colombia is a country that offers an expansive range of products and brands that prove to be very attractive to Chinese consumers. However, one of 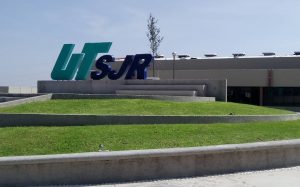